Last October 28, 2013, the country was gearing to conduct a nationwide Village (Baranggay) level election which will elect a Village level Council that is responsible to implement programs and governance at the grassroots level. The country represents around 42,000 villages and practically at the forefront of the country’s development program at the very door step of every single constituents in the community.

Partido Kalikasan (PK) National Council of Leaders supported the idea to identify the Province of Laguna as its Pilot province that will undertake the process of consolidating its entire machinery at the Village level and experiment the idea of implementing a Village level governance program that will start in securing a winning candidates by participating in the Village level election on October 28, 2013. The province is composed of 674 Village distributed in 30 towns/city and 4 Territorial Districts. For the purposes of the piloting on Village level election, Partido Kalikasan Provincial directorate identify Five (5) Villages per districts to be its Pilot community that will engage in the election. Twenty (20) Barangays with an average of 7,000 voting population will be the test case of our influence at the community. 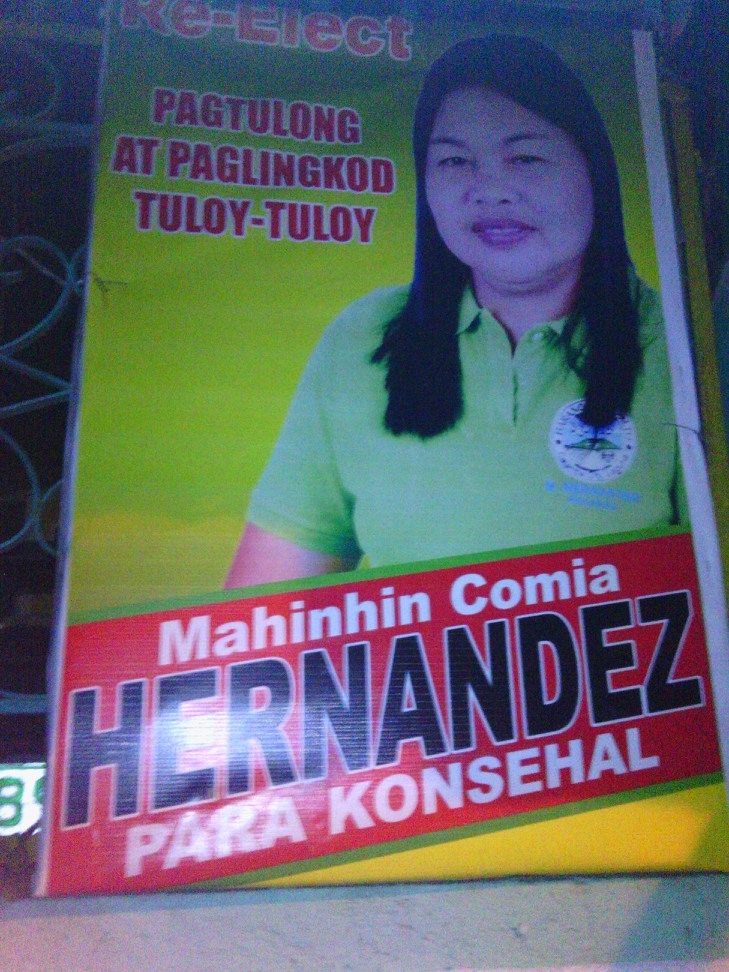 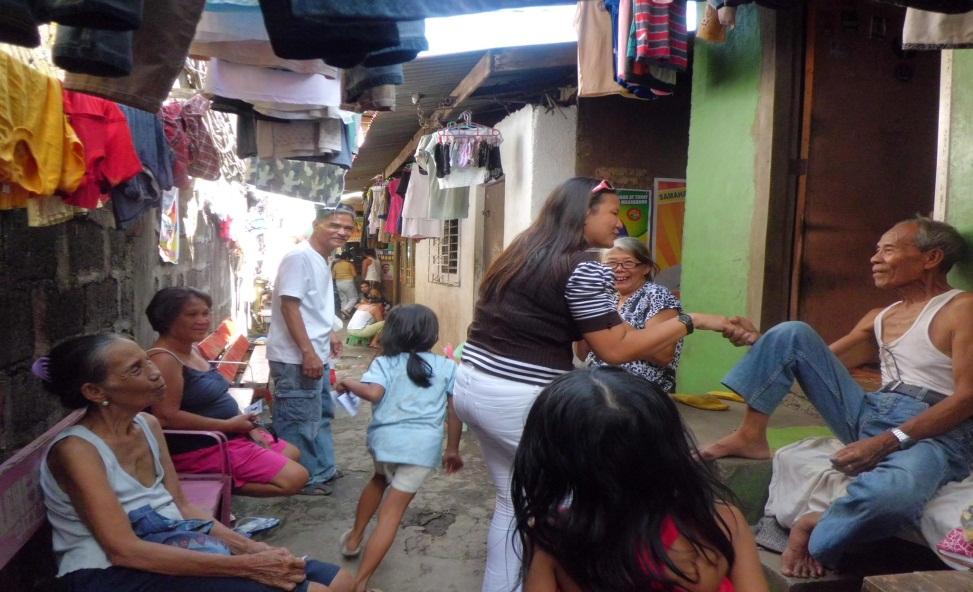 House to house campaign is one among the traditional way of introducing our local candidates; voters of the slums community of Baranggay Dita, Sta. Rosa, Laguna.

The electoral campaign started with the conduct of an electoral planning workshop to (a) unify the community leaders on the overall objective of our participation; (b) identify the process for the potential candidates through the primary elections; (c) formulate of the overall strategy which outlines the (1) pre-campaign period (2) actual campaign period which mandated the candidate for only Ten working days and (3) post-election plan. The biggest challenge we had confronted during the campaign period is the availability of our fund to support the logistical requirements of the chosen candidates, on the average, we had only managed to contribute to the overall budget cost with the equivalent value of 2%. Our candidate, independently manage to campaign without getting support from the local Traditional politicians in the community.  No enough materials to propagate our green agenda and our candidate rely only on the support of the local members of the party in every corner of their community.

The low morale felt by our local candidate was boosted by the visit of Ms. Keli Yen, Convener of the Asia Pacific Greens Federation (APGF) from October 25-26, 2013 in the selected communities of the province. The presence of Ms. Keli strengthened the value of solidarity among the grassroots green activist of the province and in the region in general. 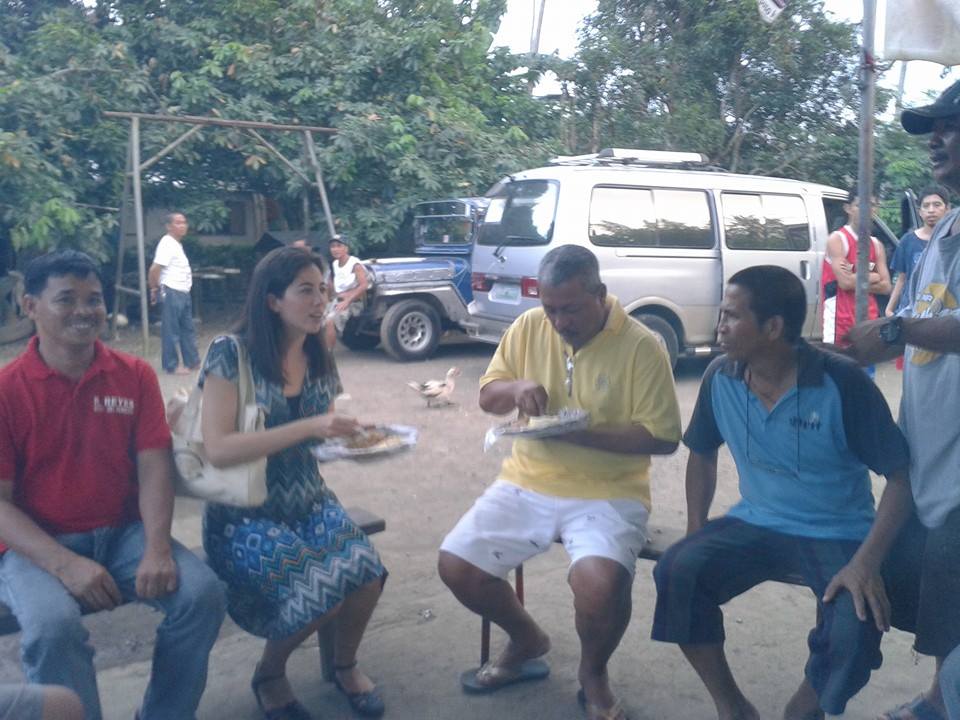 Thirteen (13) Villages have managed to secure the position at the Village Council from the Twenty (20) Villages who have actual participated in the Village level election. For the seven regular member of the Council, PK managed to have won an average 3 of the required representatives. Twenty Eight (28) of the Party leaders have won in the last election and will officially assume office on December 1, 2013. The biggest challenge right now is the formulation of the Greens Village Eco-Governance Development Framework (Greens VEGDF) that will be our community base development design that would address the sectoral participation (gender development), social enterprise, transparency and accountability and Disaster Risk Reduction program.  It is the responsibility of the local party Institute, the Kaisahan para sa Kaunlarang Pambaranggay (KABALANGAY) (Unity for Village Progress) to implement the total development mechanism for the party and its members at the province.  We are more than excited to pursue what we are dreaming off, according to Mr. Ed Jaramillo, President, KABALANGAY, Inc. 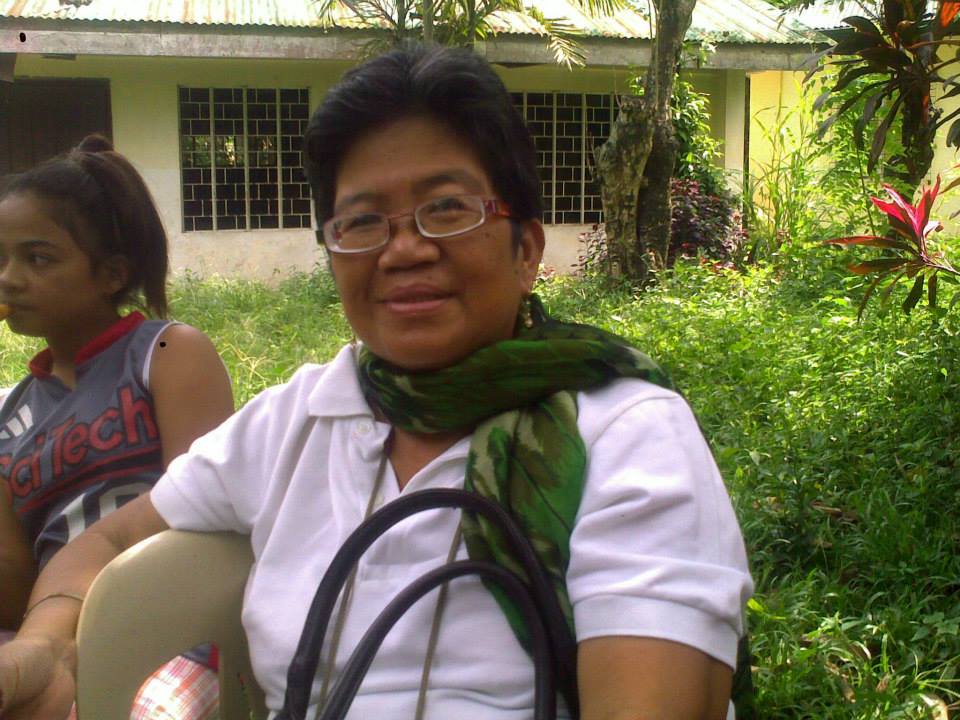 The most challenging task for the party in the province is how to sustain our plan and consolidate all the efforts in having a “template” to influence the local people to support what the party is advocating. The next step after winning is to facilitate a Planning-Workshop on November 27, 2013 and makes our presence be felt in every doorstep of the political avenue in the community.