India’s general election will take place in nine phases in April and May, the Election Commission has announced.

Polling to elect a new Lok Sabha, or lower house, will be held from 7 April to 12 May. Votes will be counted on 16 May.

With some 814 million eligible voters, India’s election will be the largest the world has seen.

The ruling Congress party and the main opposition Bharatiya Janata Party will be battling a host of smaller parties. 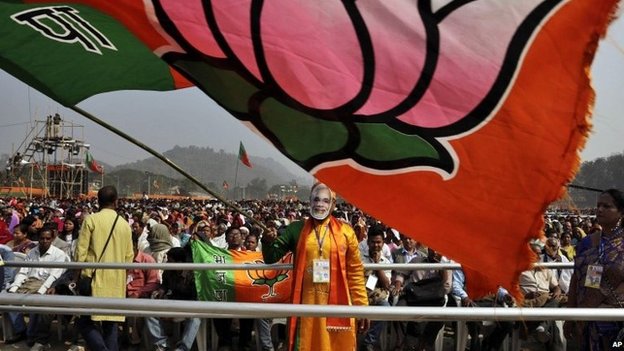 Leaders of 11 regional parties have formed a Third Front against the Congress and the BJP.

A new anti-corruption Aam Aadmi (Common Man’s) Party (AAP), which made a spectacular debut in recent polls in the capital Delhi, will also contest the elections.

If no single party wins a clear majority, smaller parties could play a crucial role.it one of the most exciting elections India has seen for years

India’s lower house has 543 elected seats and any party or a coalition needs a minimum of 272 MPs to form a government.

Some states will hold polls in several phases. The new parliament has to be constituted by 31 May. 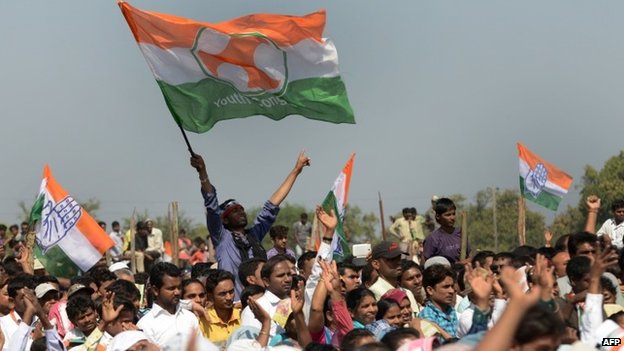 The polls are being seen as a straight contest between the governing coalition led by the Congress party and the opposition Bharatiya Janata Party. 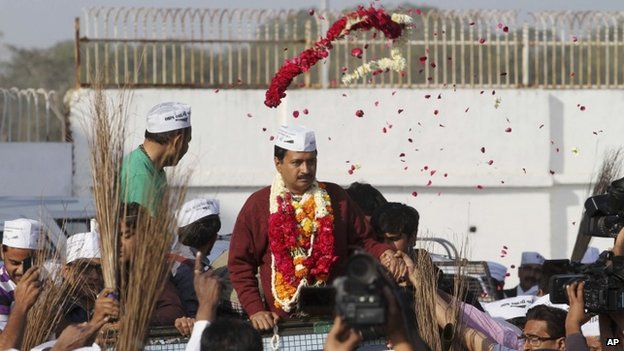 A new anti-corruption party which made a spectacular debut in recent Delhi polls will also contest the elections. 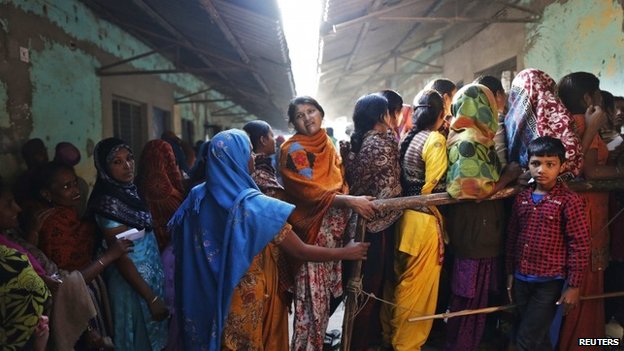 Some 814 million voters are eligible to vote in the elections.

Electronic voting machines will be used and will contain a None of the Above (Nota) button, an option for voters who do not want to cast their ballot for any of the candidates.

Elections in the states of Uttar Pradesh and Bihar will take place in six phases. Kashmir and West Bengal will vote in five phases each.

Uttar Pradesh is India’s most populous states and one of its largest. Elections in the capital, Delhi, will be held on 10 April.

The election pits the governing Congress party-led coalition against the opposition BJP and its allies.

The BJP is being led by the charismatic and controversial Hindu nationalist leader, Narendra Modi.

Mr Modi, who is ahead in all the pre-poll surveys, is the leader of Gujarat state which witnessed one of India’s worst anti-Muslim riots in 2002.

The incumbent Prime Minister, Manmohan Singh, is stepping down and Congress is being led by Rahul Gandhi, the latest member of India’s influential Nehru-Gandhi dynasty.

Correspondents say a number of smaller regional parties are also in the running and some of them could play important roles if neither of the main party coalitions secures a majority in the elections.